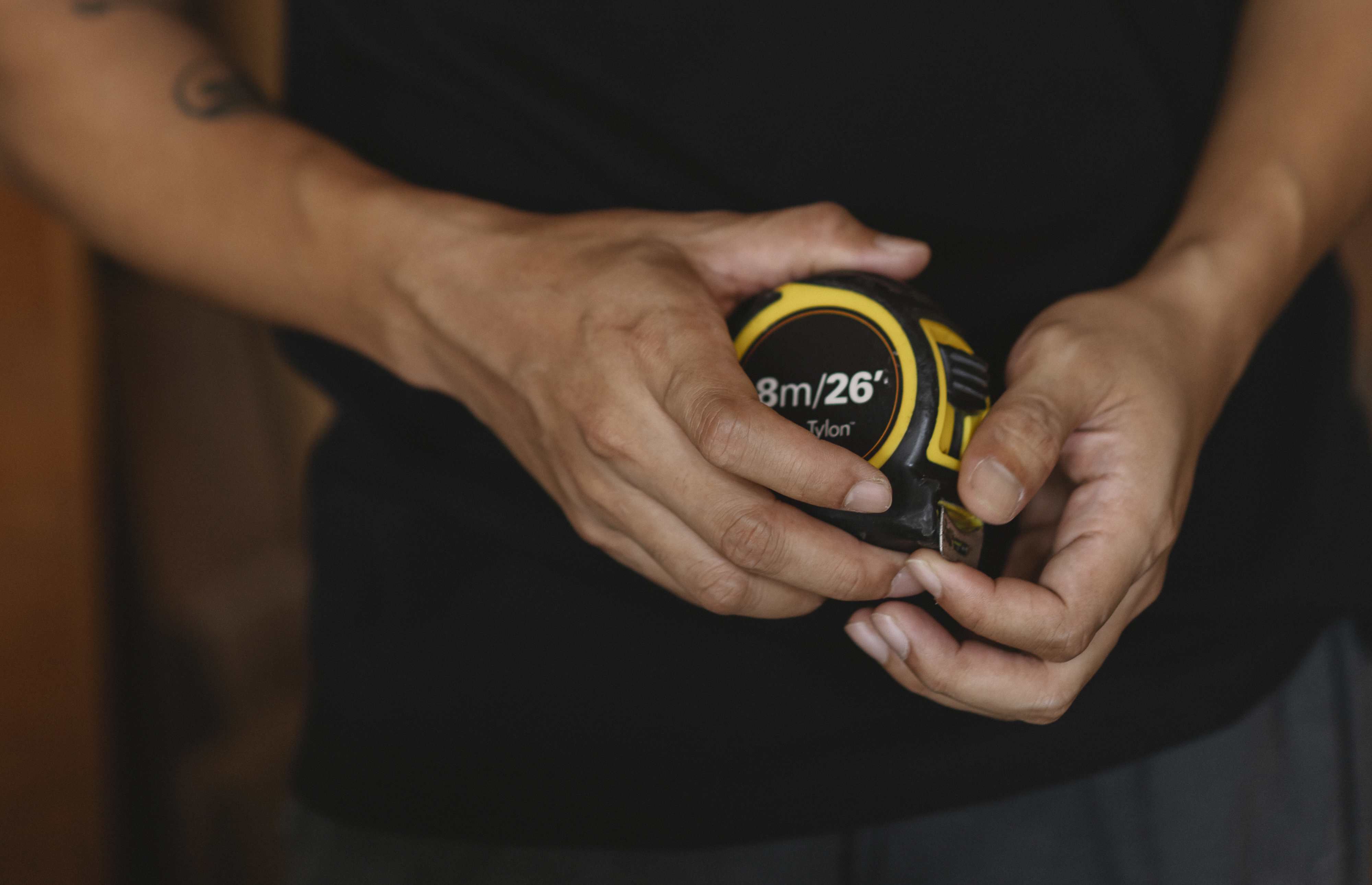 A person can earn money by two means; one is agriculture and the other is business. If business is not done ethically, there will always be inflation and shortages of goods. As can be seen in the case of many basic products such as wheat, sugar, etc. It is due to stockpiling, speculation and the selfishness of some entrepreneurs. The government has also become a trader, while Sharia law has prevented the Islamic government from trading.

As it can be seen that business is an important part of life, Prophet Muhammad (PBUH) said: “People get 9/10 of their daily bread through trade.” Islam explains the concept of fair trade by telling business ethics. If trade or anything else is done against morality and creed, it will lead to a bad end on the day of resurrection. Also, by law, the person guilty of illegal business would not end up anywhere. Islam greatly emphasizes the importance of business ethics. Allah says in the Qur’an: “They say that buying is also like interest, but Allah has declared that buying is permissible and interest is forbidden.” And “When you buy or sell, have someone witness it.” The Holy Prophet Muhammad (peace be upon him) said: “If there was no trade, you would have become a burden to others.” He also said that “A merchant is the guardian of the means of daily bread and a guardian of the dignity of himself and other people.” The Holy Prophet Muhammad (peace be upon him) encouraged trustworthy merchants with these words: “A trustworthy and truthful merchant will stand with the prophets and the truthful and the martyrs and the righteous.” “God shows mercy to whom he is kind when he sells, when he buys and when he claims” The prophet emphasized much on the truthfulness and righteousness of the merchants. He said that “Verily, the merchants will be resurrected sinners on the day of resurrection, except the one who fears God, he is good and speaks the truth.”

As Muslims, we must adhere to ethical standards, not only in business but also in all aspects of life. Both business and ethics are interrelated. There is a reference to this point in the Qur’an: “For you, the Messenger of Allah is a good example to follow.” Allah Almighty says: “To the people of Madyan (we sent) Shu’aib, one of his own brothers: he said: ‘O my people! Worship Allah. You have no god but Him. And do not give measure or weight I see you in prosperity, but I fear for you the pain of a day that will surround you on all sides. do evil on earth with the intent to harm. What Allah has left you is the best for you, if (but) you believed! But I am not above you to watch!

Prophet Muhammad was chosen by God to be His last prophet and messenger at the age of 40. Before that, he was heavily involved in business. He and his wife Khadija were merchants. It is reported that he traveled to Syria, Yemen, Bahrain and many other places in Arabia to trade. Some historians have also suggested that he probably traveled to Iraq and Ethiopia. From a very young age he devoted himself to commerce. He had a good reputation as a hard-working, honest, truthful and very successful businessman.

The Holy Quran and the Prophet Muhammad (peace be upon him) have made it clear that a Muslim must be honest and upright in his business and monetary transactions. Furthermore, the true Muslim must keep his word and fulfill his promises, avoid fraud and avoid deception and perfidy, not usurp the rights of others or engage in unfair litigation. Also, a good Muslim does not bear false witness and refrains from making illegal money such as usury and bribery. According to Islam, whoever is not free from these vices is not a true believer but a renegade and worthless transgressor.

And the Qur’an is rich in verses confirming all this. Allah says in the Qur’an: “Do not eat the property of others by unfair and dishonest means.”

Allah forbids all impure and corrupt means of earning money, such as dishonest trading, gambling and bribery. And the Holy Quran has explained and described such practices in many of its verses. He says: “Woe to those who traffic in fraud, – those who, when they have to receive from men by measure, demand the full measure, but when they have to give by measure or weight to men, they give less than is due. .do not think that they will be asked on a Mighty Day when (all) mankind will stand before the Lord of lords.”

Another example is given in the following verse, where Allah urges Muslims to be very careful with their trusts and the rights of other people. “Allah commands you to return your trust to those to whom you owe it.”

According to Islam, the following things should be avoided in order to start a fair business.

1. Without fraud or deception, the Prophet (peace be upon him) is reported to have said: “When a sale is made, say: There is no cheating.”

2. Sellers should avoid taking too many oaths when selling merchandise. The Prophet (peace be upon him) is reported to have said: “Beware of excessive oaths at a sale. Although it finds markets, it reduces abundance.”

3. Mutual consent is necessary. The Prophet (peace be upon him) is reported to have said: “The sale is complete when the two concerned part with mutual consent.”

4. Be strict about weights and measures. The Prophet (peace be upon him) said: “When people deceive in weight and measures, provision is taken from them.” He told the owners of measures and weights: “You have been entrusted with matters for which some nations were destroyed before you.”

5. The Prophet (peace be upon him) prohibited monopolies. “Whoever monopolizes is a sinner.”

6. Free enterprise, the price of goods should not be set unless there is a crisis or extreme need.

7. Hoarding of merchandise in order to increase prices is prohibited.

8. The transaction of prohibited items (Haram), such as intoxicants, is prohibited.

Fraud and dishonesty in business

Prophet Muhammad (peace be upon him) has emphasized the importance of honesty in most of his sermons, saying, “Remember, there is no faith in one who is not trustworthy; there is no place in religion for one who is not trustworthy.” he worries about his word or promise. He (PBUH) also said: “The signs of a hypocrite are three, when he speaks, he is false, when he promises, he fails; and when he is trusted, he plays false”.

Condemning those who cheat in business, Prophet Muhammad (peace be upon him) said: “He who cheats is not one of us. Cheating and fraud are things that lead one to Hell.”

Once, Prophet Muhammad (peace be upon him) came across a heap of corn in the market of Medina and put his hand on it. His fingers felt wet. When asked, the merchant replied that the rain had fallen on him. The Prophet (peace be upon him) observed: “Why did you not keep (the wet portion) on the dry corn, so that men can see it? He who deceives is not one of us.”

Therefore, the merchants who cheat by showing customers a false sample or by hiding the defects of the product they are selling are not true Muslims in the judgment of Allah the Prophet (Pbuh) and they will end up in hell.

Prophet Muhammad (peace be upon him) said: “The seller should explain to the buyer the defects, if any, in the quality of the item offered for sale. If this is not done, the seller will be permanently trapped in Wrath.” of Allah.”

In short, Islam forbids all kinds of cheating and dishonesty in business. The Holy Prophet has expressed his strong distaste for those who do so.

Bribery and usury, although they may be practiced by mutual agreement and consent, are totally prohibited and prohibited. Those who are guilty of them have been condemned by Allah and his Prophet (PBUH). Prophet Muhammad (peace be upon him) said: “Allah’s curse is on the one who offers a loan on usurious terms, and on the one who receives, and on those who witness the transaction, and on the writer who write the deed.”

Prophet Muhammad (PBUH) said: “If a person made a recommendation for someone in a fair way and the rewarded party gave him something as a gift (in exchange for it) and he accepted it, then he committed a grave mistake (meaning that , is also a form of bribery)”.

The usurpation of another’s property by force or fraud or dishonest litigation is even worse. Prophet Muhammad (peace be upon him) made this clear, when he said: “Whoever unjustly occupies the land belonging to another will be sunk into the earth together with the parcel of land on Judgment Day until he reaches the lowest layer of the earth. And “One who acquires the property of a Muslim unjustly by taking a false oath (before an Official) is prohibited by Allah from entering Paradise and Hellfire becomes unavoidable for him.” Prophet Muhammad (peace be upon him) again, is reported to have warned a person who was very fond of litigating with others with these strong words: “Remember, whoever obtains another’s property by making a false oath will appear as a leper before Allah (on the Day of Judgment).”

And, again he (peace be upon him) said: “Anyone who claims something that is not his, is not ours.”

« The alphabet of decorating with neutral colors